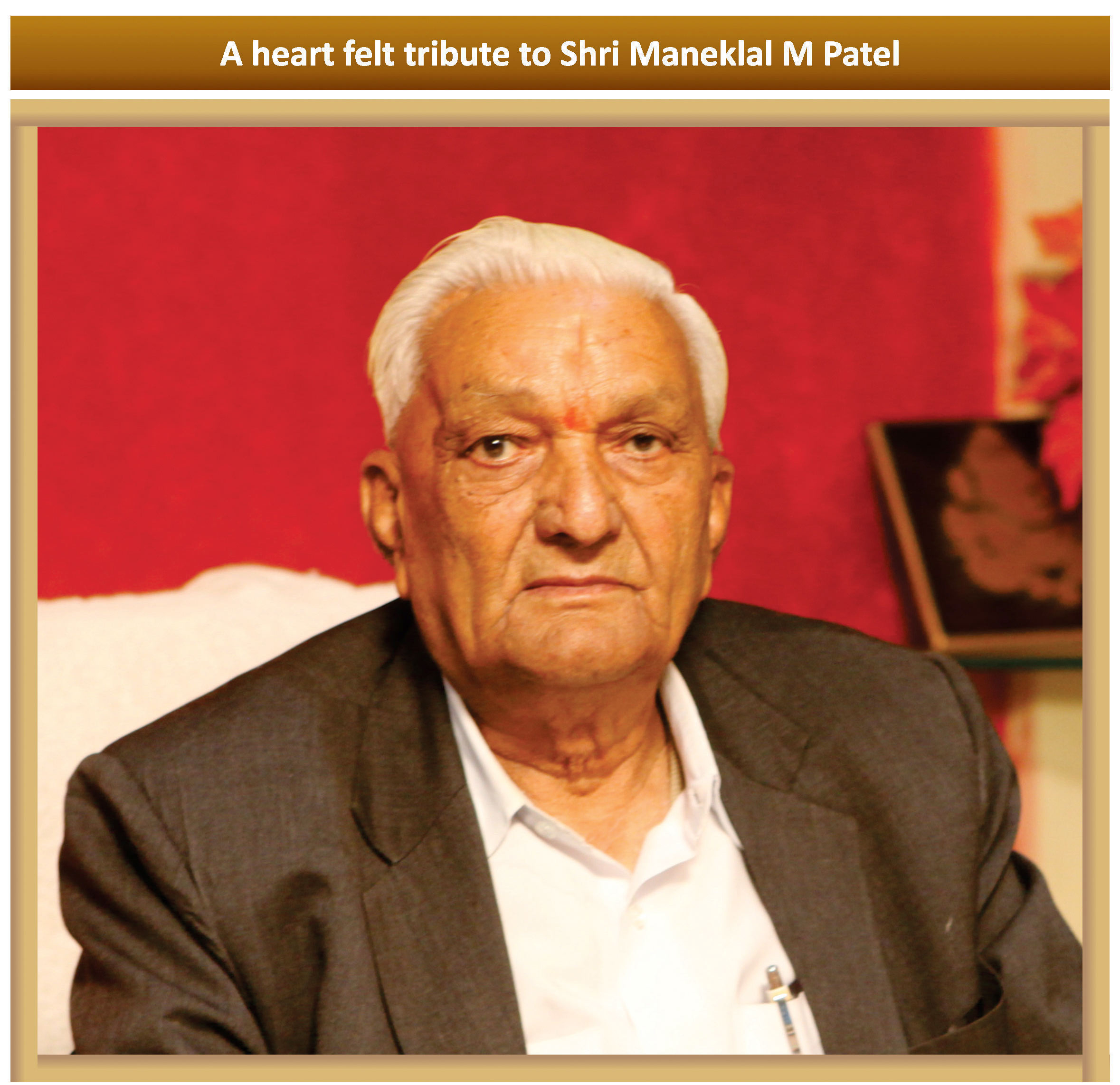 A son of Farmer, Shri Maneklal Patel born in February, 1950 at “Untava”, a very small village in Kadi Taluka, Mehsana district of North Gujarat, he grew up in a culture that instilled in him the values of generosity, benevolence and social service. Right from his boyhood days he was confronted with many odds and obstacles, but he transformed challenges into opportunities by sheer strength of character and courage.

In school days this scholarly student was felicitated by a renowned national poet Shri Zaverchand Meghani. He completed Bachelor of Arts with specialization in Economics, he also acquired Bachelor of Law and passed the examination of Bar Council and got the license to be a lawyer. Being an expert in Economics and Law he wanted to prove himself as a very good administrator and he opted to serve as Chief Officer of Kadi Municipality in 1958. Endowed with excellent organizational capability and a rich insight into human psychology with zeal and courage he served the town for around 15 years and took many corrective actions for the development of Kadi as a town.

A revolutionary person, who also put lot many efforts to involve state government in the administration of the general hospital of kadi,so that grant can be allotted to this hospital and citizens can be availed the medical facility at a nominal or no cost basis. He also served as a President of a charitable trust of the hospital and equipped with lot of modern medical facilities.

Being a proprietor of oil and ginning mill in Kadi, he also worked very hard to promote oil and cotton ginning business across the state. Being a chairman of Kadi Nagrik Sahakari Bank, he also put lot many efforts to promote small scale industry around Kadi and lended loan to them. He also served as a President of Kadi Oil Mill Owner's Association and successfully presented their issues to the Government for the benefit of oil and mill owner and workers.

Shri Maneklal Patel, a true devotee in the field of education, was actively involved to serve the society with the education until his last breath. He served as Chairman of Sarva Vidyalaya Kelavani Madal for four decades. Under his leadership the campus started schools, colleges and other professional institutions running various courses from KG to PG and Ph.D. at Kadi and Gandhinagar. His undying efforts cherished with Kadi Sarva Vishva Vidyalay a university under the act of Government of Gujarat. His concern for quality in education can be witnessed by accreditation of NAAC, NBA and International Accreditation of sarva vidhyalaya's various institutions. His ethics pushed him to be nominated, by government of Gujarat, as member representative self-finance institute of fee regulation committee. He also has served various posts like member-knowledge consortium of Gujarat, member-mehesana district higher secondary education council.

He has been awarded with “Patidar Shreshth Shiromani” by Shri Sachidanand for outstanding contribution to the society. His effort for the upliftment of the semi-urban area of kadi was recognized with “Aanarth Award”, he was felicitated by Swami Satyamitranandgiriji and Pujya Krushnashankar Shastri”. Our Honorable revenue minister Shri Anandiben Patel felicitates him with award for his contribution to social, education, business & industry. Shri Umiya Mataji Sansthan has recognized his efforts with award. “Karma Chudamani – Shri Maneklala”, a book was published by Shri Mohanlal Patel Sahitya Vartul. He was truly a man with ethics of equivalence to all, as he was awarded by Late President Shri Grani Zailsingji. He proved himself as bright student, carrying family member, successful businessman, true educator throughout his life. He will be always remembered as the source of inspiration for philanthropic principles across the state of Gujarat.